The 555 square kilometer Golden Ears Provincial Park is bounded by Pitt Lake on the west, Alouette Lake on the east and Garibaldi Provincial Park to the north. The most accessible part of the park is located around the southern part of Alouette Lake where there are beach areas, campgrounds and a large network of lowland and mountain trails. The northern part of the park is very remote and rugged, consisting of true wilderness and high inaccessible mountain peaks.

There are attractive trails throughout the whole Alouette Valley, but the premium hiking can be accessed from the Gold Creek area where there are trails which follow the canyon and lead up to the nearby peaks of Golden Ears, Alouette Mountain, Evans Peak and Mount Nutt. All these peaks are substantial outings, but Golden Ears itself is considerably more difficult and longer than the others.

Mount Robie Reid to the north end of Alouette Lake is a considerable three-day trip for most people, involving a long steep approach and a technical climb to reach the summit. The approach to the base of the climb is either by boat along Alouette Lake or via Florence Lake FSR on the west side of Stave Lake.

The UBC research forest was established in 1949 on crown land by the University of British Columbia. It is an active forest area with frequent tree harvesting and replanting taking place. As such, trails may be affected from time to time. There is a gated parking lot at the end of Silver Valley Road from which a substantial network of color coded trails can be accessed. Further north, Loon Lake provides opportunities for a longer more rugged hike.

Although confined to an area of around 20 square kilometers, the slopes of Blue Mountain have an extensive and world class network of off-road motorcycling routes (well over 100km of riding!). The trails are maintained by the British Columbia Off-Road Motorcycle Association (BCORMA). Whilst primarily intended for motorcycle use, the vast trail network is worthy of exploration on foot, with long winding routes providing good trail running opportunities.

Woodlot is another active forest area maintained by the BCIT Forest Society. The area has a substantial network of mountain bike trails for all levels of ability. Accessible from the end of 287 Street, this area also has lots of possibilities for hiking and running, and is linked with the trail networks of Blue Mountain, Rolley Lake and Kanaka Creek.

Stave Lake forms the eastern boundary of this map and is a large water mass of around 55 square kilometers. The eastern shore has a number of smaller lakes and beach access, served by the Florence Lake Forest Service Road. This gravel road provides access to Mount Crickmer (a worthy climb with spectacular views), the Robie Reid trailhead and the network of other forest service roads in-between Alouette Lake and Stave Lake.

The area around Grant Narrows to the east of Pitt River is within Pitt Meadows. Here there are many kilometers of dyke paths with excellent wildlife viewing. As this area is predominantly marshland there are very few trees so views are extensive from almost anywhere along the trails. The trails are flat, wide and well marked, so this is an ideal area for novice hikers.

Evans Creek and the Snowcaves

When venturing onto these mountains and trails it is essential to be prepared for any hazards that you might encounter. Refer to the back cover of this map for advice on what to take and what to do.

Black Bears and (to a lesser extent) Cougars are abundant. Know what to do if you encounter a bear or cougar on the trail, and try to avoid venturing into the backcountry alone. Make plenty of noise when traveling in low visibility areas, to minimise the chance of a surprise encounter. Biting insects can be a big nuisance also, so take bug spray during the bug season. Careful attention should be paid to ticks, as these can transmit deadly infections such as Lyme disease. When traveling through any terrain where contact with the bush is possible, long pants are recommended. Check for ticks after any outdoor excursion.

Trails depicted on this map range from easy wide gravel roads through to difficult to follow steep trails with technical difficulty and exposure. Expect to encounter deadfall (fallen trees), overgrown routes with brambles, steep and slippery sections, loose rocks, uneven terrain, trip hazards, broken structures such as bridges, flooded/swampy path sections, icy surfaces, dangerous creek crossings, slippery rocks, slippery roots, slippery bridges/boardwalks and short steep scrambling sections on rock. Appropriate footwear, clothing and experience are necessary to safely negotiate these. The majority of the trails on this map are not signposted on the ground, so use this map frequently to keep track of your position. Special consideration has to be given to the snowpack. During the winter months, up to 6m of snow can accumulate on the local mountains at higher elevations. This can linger in some years into August. Snow will slow progress significantly and can obscure trail markers making navigation difficult. Soft deep snow requires snow shoes to make progress. Hard or icy snow requires crampons (or other foot traction aids) and ice axe for safe travel. Always allow extra time if a hike will take you above the snow line.

BC’s coastal mountains are situated in a “temperate rainforest”. Most of the rain falls October to March whilst the height of the summer is typically warm and dry. During the winter months heavy snow falls often at higher elevations making excursions there potentially hazardous. Temperatures can range from +33C at low elevations in the height of summer to -25C on the mountain tops during a cold spell in winter. Expect the mountain tops to be 10C - 15C colder than the lower elevations and take appropriate spare clothing. Always take rain gear as being wet is the biggest contributor to hypothermia. With appropriate waterproof clothing exploring the lower and mid elevation trails is possible throughout the year, but the higher elevations are best explored June to October after the snow has melted. 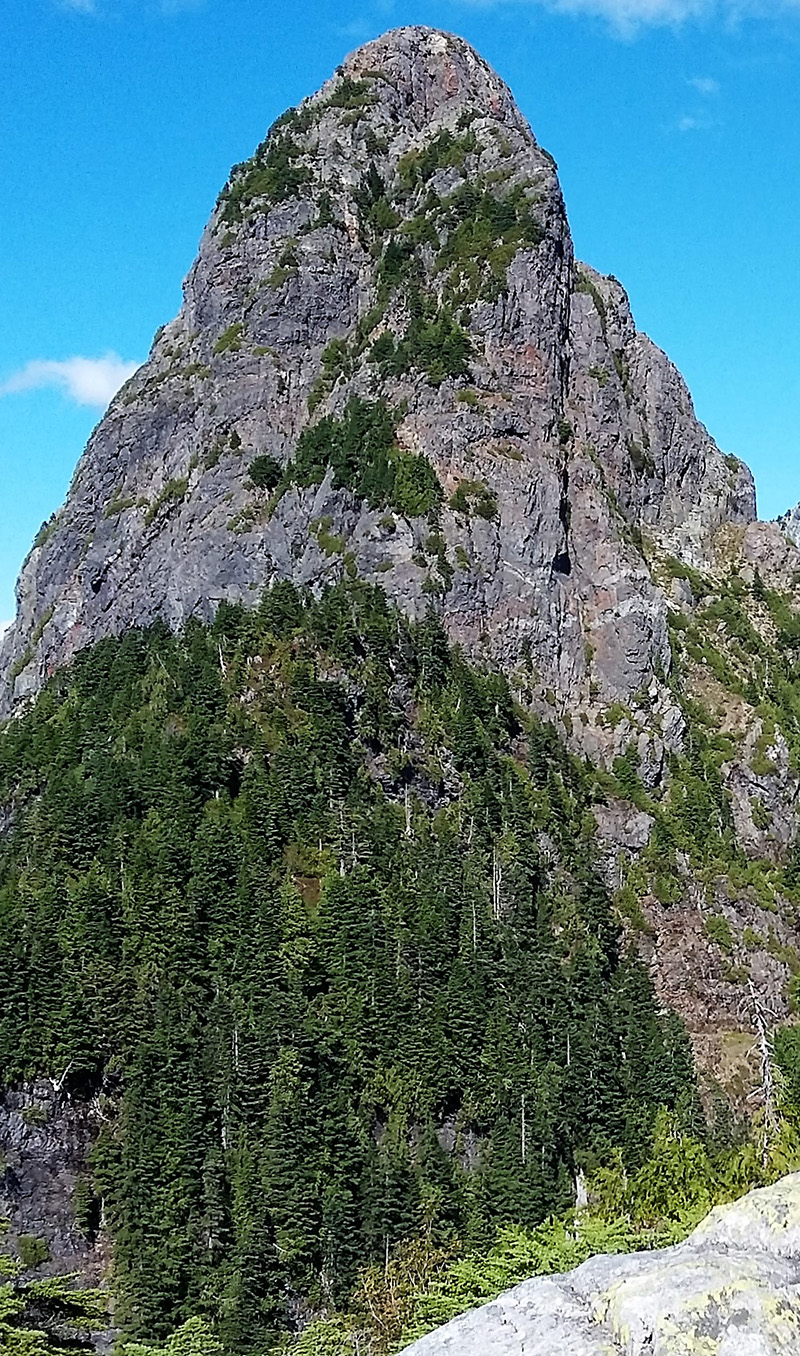